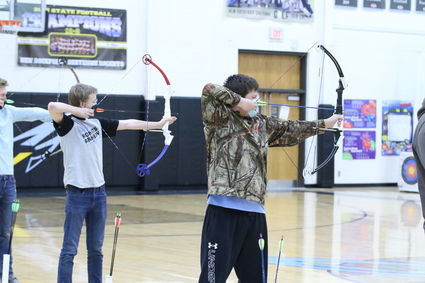 Nock your arrow, aim, shoot. Hunter Genre and Kailar Jacobson line up their arrows with the bullseye.

Fifteen NR-S Rocket archers competed in the Medina 3D Archery Tournament on Friday, March 5. Over half of the archers placed in the top ten.