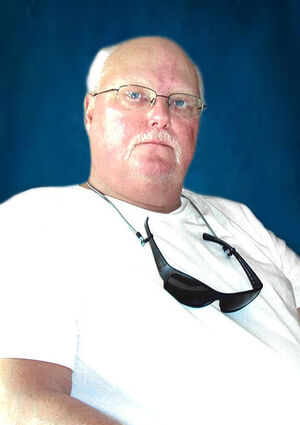 Visitation was Friday, Jan. 20 from 1-2 p.m. followed by a funeral service at 2 p.m., all at Evans Funeral Home, New Rockford. Pastor Jeff Halvorson officiated with special music “Scars in Heaven,” “How Do I Say Goodbye” and “One Bourbon, One Scotch, One Beer.” Honorary bearers were all of Greg’s family and friends. Following the service, Greg invited his friends and family to Buck-It’s Bar for food, drinks and his favorite music to celebrate his life.

Gregory Paul Ross was born to Howard and Blanche (Hambelton) Ross in Kenmare, N.D. He was raised on the family farm just west of Bowbells, N.D. Greg was the oldest of four boys. Greg was active in football and track, graduating from Bowbells High School in 1970.

Greg left the farm after high school and moved with friends to Minneapolis, Minn., where he worked for BNRR for several years. He then returned to the family farm to help with planting and harvest, as well as breeding and raising of Registered Polled Herefords at his father’s request.

He married Mary Skarison on October 22, 1982, at Mayville First Lutheran church. On January 13, 1984, they welcomed Ryan Howard, and February 4, 1986, welcomed Candace Michelle. In 1990, they left the farm and made New Rockford their home. Greg retired after 19 years at Dakota Growers Pasta Co. in Carrington as a forklift operator.

Over the years Greg enjoyed his large garden, listening to music, camping and fishing with his family. He also loved his Green Bay Packers. GO PACK GO! Greg was a proud grandpa to five lovely granddaughters. Those girls were his pride and joy the last nine years.

Greg’s ashes will be scattered this summer at his family farm in Bowbells, N.D.

He was preceded in death by his parents; mother and father-in-law; niece, Jessica; cousin, Thomas and several dear friends.