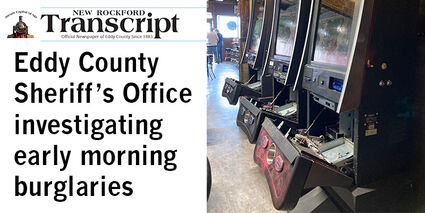 In the early morning hours of Saturday, Aug. 6, Hanson's Bar and the Eagles Club in downtown New Rockford were burglarized.

According to Eddy County Sheriff Paul Lies, sometime between the hours of 2:45 and 5:30 a.m., gaming machines were busted open at both locations, as well as the dart board at Hanson's Bar. The burglar also attempted to breach the ATM at Hanson's, but was unsuccessful. 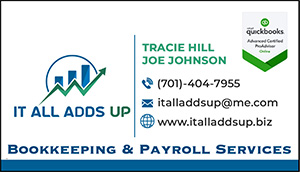