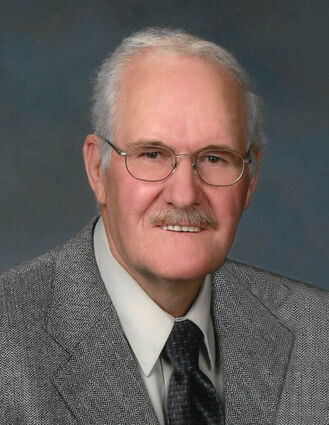 Elroy Melvin Ellingson was born on Aug. 13, 1932, in Carrington, N.D., to Fanuel and Marie (Stangeland) Ellingson. He was raised on a farm south of Grace City along the James River, the youngest of five children. He attended elementary school in Haven Township and high school at Juanita, N.D., and at Glenfield, N.D. On March 24, 1956, he married Marlys Sandvol. She died in November of 2003. On July 1, 2004, he married JoAnn Spickler.

Elroy was inducted into the United States Army on Aug. 4, 1954, at Fort Leonardwood, Mo., and served in the Okinawa Islands during the Korean Conflict. He was honorably discharged as a PFC on Oct. 19, 1955, due to a family emergency.

Some of Elroy's community activities included serving on both the Grace City Lutheran Church board and the Grace City School board. He was a Haven Township supervisor for many years and also served as chairman for several years. He also belonged to the Buffalo City R/C Squadron in Jamestown.

Elroy was a dairy farmer for many years, then a cattleman, and finally a sheep producer, raising polypay sheep for nearly 50 years. He was a member of the N.D. Lamb and Wool Association and the Dakota Sheep Growers.