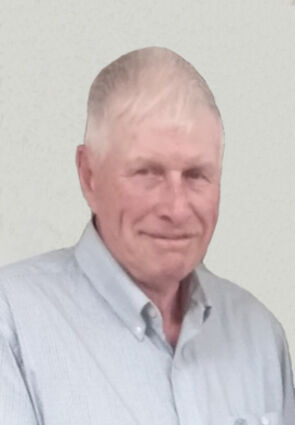 Cremation has occurred. A service is planned for spring.

Gene was born on July 15, 1934 at the family farmstead. He was the third child, and the only son of Dorothy (Dorothea Luvina Ingwaldson) and Richard William Woolley.

Gene attended elementary school in a rural one-room school, along with his sisters. Gene then attended Oberon High School where he lettered in basketball. He graduated from high school in 1952.

During his adult life Gene partnered with his father on the farm/ranch, and continued to live and work on the farm after his father's passing. He also did some blacksmithing, had a log sawmill, and tinkered with "Hit and Miss" single-cylinder engines. He had a license to work on show and antique steam engines. He enjoyed driving his Rumely "Oil Pull" tractor and steam engines in parades.

Gene had an interest in everything machinery and completed a course in Machining at UND-Lake Region college.

Gene is survived by his sisters Betty Miller of Billings, Mont. and Carol Haskin of Fargo, N.D.; four nieces and three nephews.

Gene was preceded in death by his parents Richard and Dorothy Woolley; Betty's husband, Virgil Miller, and Carol's husband Gerald (Jerry) Haskin. Gene was a bachelor his entire life.