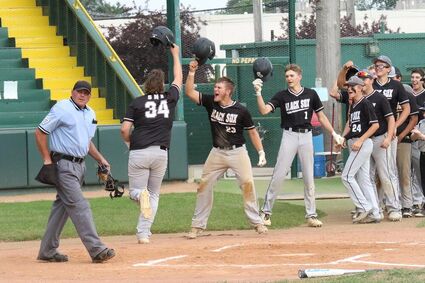 The Black Sox team came rushing out of the dugout when designated hitter, Hunter Jacobson, launched a home run over the right field fence. With Jacobson's home run, the Black Sox took the lead against the Jamestown Blues 4-3.

The Sox jumped out to an early 3-0 lead on the strength of a single run in the first inning, and a two-run homer over the right field fence by Hunter Jacobson in the second. The Blues were able to come back in the third with four runs to take the lead 4-3. The Blues' lead wa...