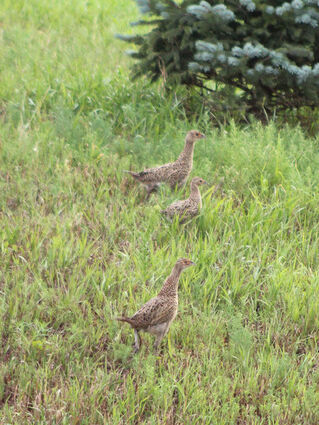 Those on the lookout should start seeing broods of pheasant chicks like these in the ditches of North Dakota's gravel roads throughout the birds' primary ranges throughout the next few weeks.

While drought conditions persist across much of North Dakota, with severe levels in the west-central portion of the state around Lake Sakakawea, much of the state has received some badly needed rain which is not only good for foliage and farming, but hopefully this year's crop of pheasant chicks as well. While some downpours - like a mid-June storm near Steele, N.D. that dropped more than 5 in...