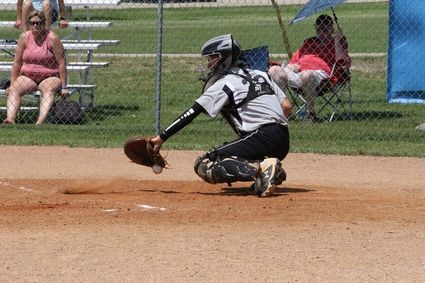 Bradyn Collier blocks a pitch during the match up against Cando Babe Ruth on June 15.

In the first game, the Bearcats jumped on the Sox early, scoring five runs in the first inning off of Sox starter, Connor Knatterud, on four hits and three walks. They added additional runs in the second, fifth and sixth innings.

The Sox were only able to muster up three runs in the top of t...