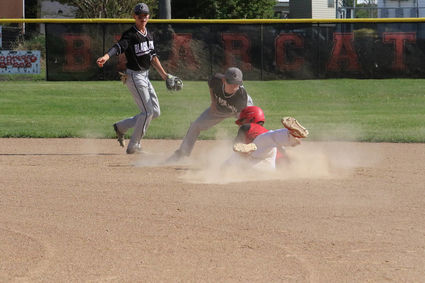 Caden Price catches a throw from Alex Harrison to tag out Blayne Anderson of Cando Post #79 at second.

The Sox put their hitting shoes on for this game, touching up the Bearcats' starter, Tommy Nikolaisen for 10 hits and eight runs. They added three more hits and seven more runs off of two relievers.

The game was close for the first six innings. Cando held a 1-0 lead at the end of the second....