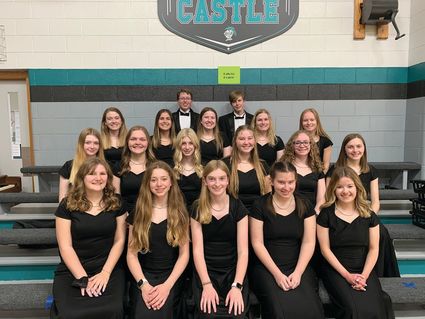 The New Rockford-Sheyenne band and choir participated in the Region V Solo and Ensemble Contest at McVille on Friday, April 16. Out of 20 entries, 16 received Region star ratings. Of those 16, 11 received a state star rating. Three of the groups also received outstanding performance awards from the judges. Mrs. Heather Klocke and Mrs. Kerstin Allmaras accompanied several of the groups. Ratings...