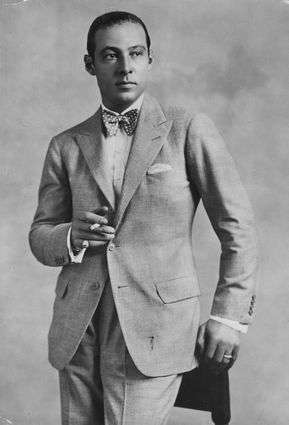 Rudolph Valentino was born Rodolfo Alfonzo Raffaelo Pietro Filiberto Guglielmi di Valentina d’Antonguolla in Italy in 1895. He reportedly was a spoiled child because of his looks and easy personality but did badly in school. He immigrated to the United States via Ellis Island in 1913 and, being unable to find steady work in New York, moved to Hollywood.

Valentino found himself in bit parts, u...