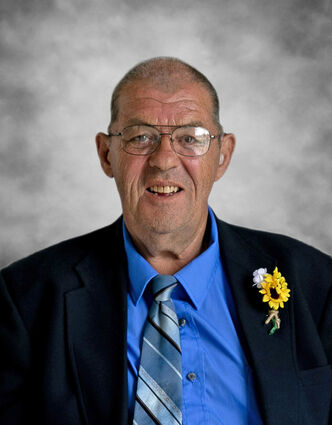 His funeral service was held Saturday, Jan. 21 at 11 a.m. at Epworth United Methodist Church, Valley City, N.D. with Pastor Duane Coates and Deacon Ken Votava officiating. Burial will take place at the Memory Gardens Cemetery, Valley City in the spring. Special music was "Jealous of the Angels," "Heaven Was Needing a Hero" and "Angels Among Us."

Neil was born in Valley City, N.D. to Leroy and Ruth Buck on February 21, 1948 and was the eldest of two children. Neil grew up on the family farm near Leal, N.D. Neil moved with his family to Kiowa, Kan. for a few years of grade school until returning to continue grade school and high school at North Central in Rogers, N.D. While there he lettered in wrestling, football, choir and band, playing the trumpet. Neil didn't know how to read sheet music, but he could listen to the others play and be able to play by sound. Many told him he could be a professional musician. His father was a farmer and also the custodian and bus driver at North Central School. His mother was a teacher there also, so he had to make sure he was on his best behavior. Neil was well known for his humor and jokes and he would go out of his way to help anyone who asked. He graduated from North Central in 1967. After High School, he attended North Dakota State College of Science for auto mechanics.

Neil enlisted in the Army National Guard in 1969, serving his time at Fort Ord in California receiving an Honorable Discharge. When he returned home, he started his career driving semi-truck and farming. He milked cows on the family farm and later operated a cattle ranch for a few years. In 1975, Neil married Diane Sailer and together they had two sons, Neil Jr. in 1985 and Michael in April, 1987. In 1986, he started his own trucking company, Neil Buck Trucking, based out of Buffalo, N.D. Neil continued to drive truck until his retirement in 1993. After retiring Neil moved to Fargo, N.D., where he lived until 2013, when he moved to New Rockford, N.D. to be closer to his family.

Neil loved his family and would do anything for them. In 2013, he welcomed a new addition to the family, Karen Leonhardt, who would become his daughter-in-law in 2019. Also, in 2013 he would become a grandfather to Jaxson and again to Christopher in 2015. They kept him busy and always laughing.

Neil loved playing games with his grandkids, watching them play outside, and spending time with his family. Neil enjoyed the outdoors, especially hunting and fishing, and rarely missed a deer hunting season. In the summer you could usually find him by the water, catching fish; he loved catching Crappie and Northern Pike.

He taught his sons to fish and he also enjoyed helping his grandsons learn to fish. He was there when Jaxson and Chris caught their first one. He also loved to go camping and went as often as he could.

In March of 2022, Neil was diagnosed with stage 4 lung cancer. Neil started treatment shortly after and was determined not to let it stop him from enjoying summer. He was able to make all the nurses laugh and tried to keep a positive attitude. He fought hard and insisted on making Thanksgiving and Christmas, even after being told he wouldn't. He was stubborn, strong, and determined and spent both with his family and it was the best time he'd had in months. Anyone that knew him, knew better than to tell him he couldn't do something. Neil will be missed terribly by his family and also by everyone that knew him.

Neil was preceded in death by his parents, Leroy and Ruth.