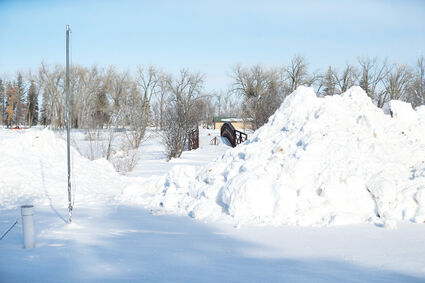 Buchli Bridge is buried in snow and flanked by large piles moved there by the city public works crew. This photo looks north towards the river and campground. Walls of snow can be seen for blocks on the along the edges of town.

As of Tuesday, Jan. 10, snow emergency declarations had been issued by both the City of New Rockford and Eddy County.

Eddy County Commissioners held a special meeting on Thursday, Jan. 6, where the commission unanimously carried a motion to declare the snow emergency.