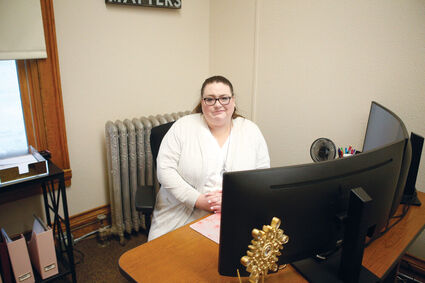 Eddy County State's Attorney, Ashley Lies, has officially moved her office to within the Eddy County Courthouse. She also quit her private practice after being hired as executive director of the North Dakota State's Attorneys' Association (NDSAA).

Lies had been working out of her previous office, located in a building across from the courthouse on Central Avenue, since 2015. Her new office is i...