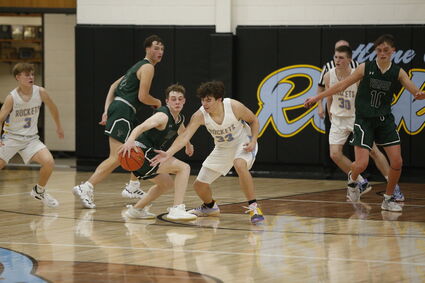 Basketball season has finally arrived, and on Saturday, Dec. 10 the Rockets opened their season against the Thompson Tommies for the second year running.

This time last year, New Rockford-Sheyenne traveled to Thompson and played neck-and-neck against the Tommies. It was a thrilling game, and NR-S were on course to win before Thompson's Drew Overby sealed their fate with a last-second buzz...