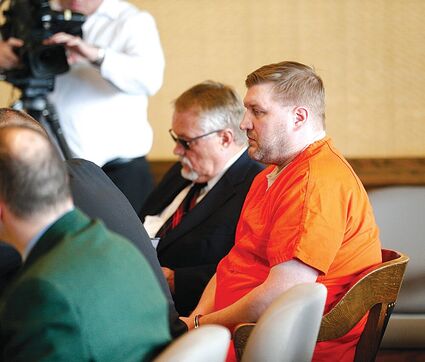 Shannon Brandt watches the proceedings of his hearing at the Foster County Courthouse Tuesday, December 6. Brandt was charged in the September 18 death of Cayler Ellingson of Grace City.

During a lengthy courtroom hearing on Tuesday, Dec. 6, the prosecution and defense argued for nearly four hours over whether the death of 18-year-old Cayler Ellingson was an accident, or intentional murder.

In total, four witnesses took the oath and delivered testimony at the Foster County Courthouse in Carrington, as each side argued its case in what was, at times, a contentious hearing.