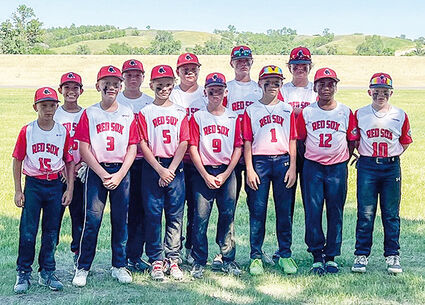 With stand-alone baseball program numbers not in their favor to fly solo, Carrington and New Rockford decided to cooperate as one team for the 2022 summer season.

Now named the Central Dakota Red Sox (a combination of the team names Redbirds and Black Sox), they played at the 12U State "B" Cal Ripken Baseball Tournament in Burlington, held July 21-23.