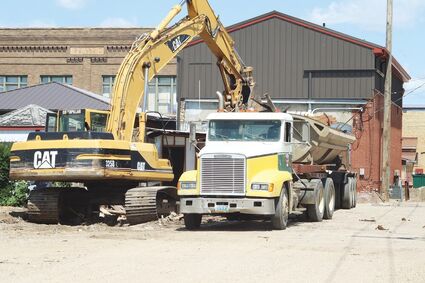 The backside of Hanson's Bar is visible from the alley in this photo taken Monday, July 11, as demolition of the former bowling alley was nearly complete.

A relic was reduced to rubble recently.

Robbie Lies, who spent nearly six decades behind the bar at Hanson's, told the Transcript Wednesday that former owner Irvin Hanson said the bowling alley was in operation in the 1930s and '40s. When Lies began working there in 1960, it had been closed for about 1...