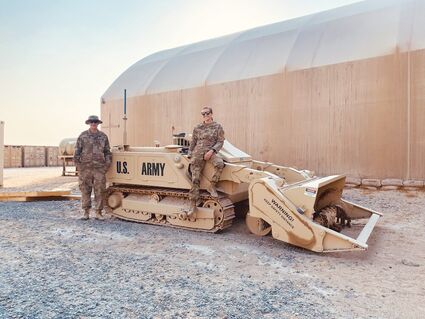 Sergeants Tyler Leichtman and Sierra Erickson were among the local soldiers who returned home.

The 835th left for their deployment on Aug. 13 last year, and since then have completed more than 130 construction missions and 16 "requests for engineer support" on bases throughout the Middle East, including in Kuwait, Iraq, Syria, Jord...