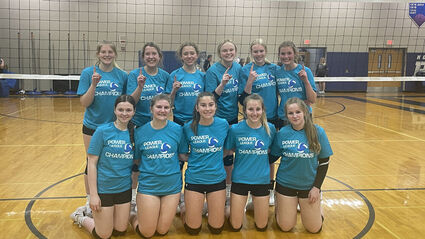 The spring season of club volleyball has officially come to an end. The 16's and 14's teams finished their season as champions of their divisions in the Power League at the Prairie Tournament held in Jamestown.

As for the fourth through sixth grade teams, they played as they would in a regular season of volleyball, having games once orntwice a week, rather than weekend tournaments. Coach of the grades 4-6 club volleyball team, Sara Myhre, stated "It was so fun to watch their excitement and love for the game of volleyball, while building their confidence. They all worked so hard and I'm so proud of them."

NR-S 16's had a rocky start to their season, with only a few wins. But once the girls' were out on the floor after the first tournament, you could see the light ignite. The 16's played their hardest in that final Power League on the Prairie Tournament on Sunday, May 8. The Rockets went 6-0 that day, along with Lake Region Volleyball Association (LRVA). NR-S and LRVA were deemed co-champs of their pool. 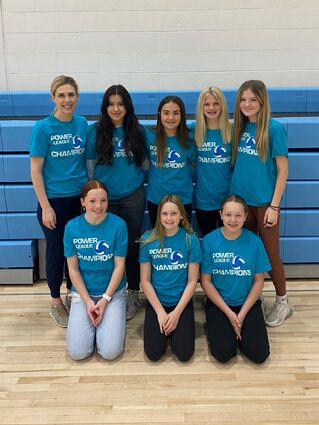 When asked how the 16's season went, coach Nicole Dinger stated, "Overall, the girls had a great year. We had a wide variety of ages on our team, including a couple eighth graders that competed hard with older girls. We also played a lot of 'Class A' schools and not only competed with them, we ended up with mostly wins against them. It was a fun season filled with growth from every girl on the team."

The Rockets 14's club volleyball team ended their season as champions of their division. Throughout the season, there were many ups and downs. Coach Justene Kouba stated "We battled a couple injuries this season, which made other girls step up and try other positions."

With any sport, injuries are bound to show up. Not even a few injuries could stop the 14's from coming home with a championship under their belt. Coach Kouba stated that she "was impressed with the competition in the Power League this year, and it made the girls play harder."

Thank you to coaches Sara Myhre, Nicole Dinger, Justene Kouba and Kennedy Demester on a great season of club volleyball. Without these coaches, there wouldn't be this great asset available for the youth of NR-S.