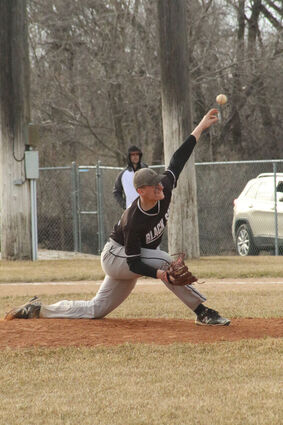 SNR senior, Nick Berglund, pitched the final five innings for the Black Sox. Berglund didn't allow any Cardinal batters to make it past home plate after the fourth inning.

On Monday, April 11, both the SNR Black Sox and Carrington Cardinals entered the baseball diamond with recent wins under their belt, but only the Cardinals would leave with another.

For the first time this season, SNR's Koby Duda took the mound to start Monday's game, and struggled in his two innings of work.

His outing began with a walk followed by two consecutive wild pitches, sending the Ca...