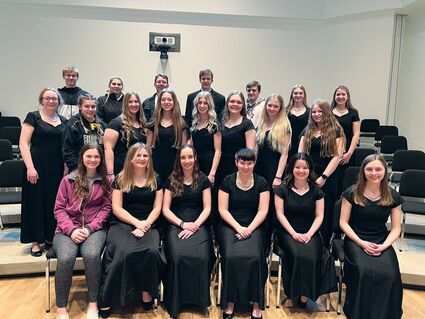 On Wednesday, April 6, New Rockford-Sheyenne had 23 musicians in band and/or choir compete in a total of 27 solos/ensembles in the 2022 Region Solo and Ensemble Contest, which was held at Valley City State University.

Of those 27 solos/ensembles, six were awarded star ratings to advance to the State Music Contest on May 7, held at Minot State University.