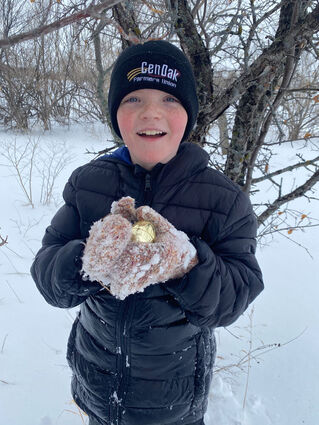 The annual Community Easter Egg Hunt offered kids something to do during the April blizzard last week. On Wednesday, when there was a break in the weather, 9-year-old Bryce Yri climbed trees and scoured the snow-covered ground to find the golden egg.

The egg was wired to an empty bird's nest in a tree near the power station on 6th Street North by the river. The first three clues – power, egg...