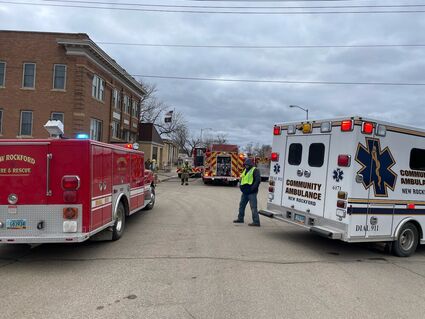 On Tuesday, March 22, at approximately 3:40 p.m., the New Rockford Fire Department responded to reports of a fire at 811 1st Ave. N. in New Rockford, locally known as the old city hall building.

According to New Rockford Fire Chief Todd Allmaras, the blaze occurred in the building's basement where a propane tank had burst into flames.

Allmaras said the blaze originated from the property owner...