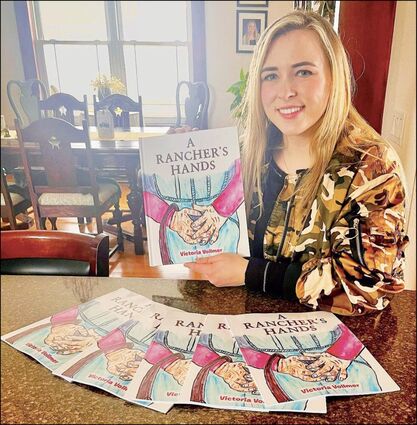 Victoria Vollmer, currently attending school at VCSU, just published her first book, "A Rancher's Hands," which she both wrote and illustrated. She grew up on a ranch near Grace City, and is the daughter of Jason and Veronica Vollmer.

Victoria Vollmer learned much from her formative years growing up on her family's ranch, the Circle V, three miles north and three miles east of Grace City just inside Eddy County.

Namely, the virtues and rewards of hard work and dedication, and good stewardship of the land and animals entrusted to her parents, Jason and Veronica, and her siblings, Joseph, James and Vanessa.