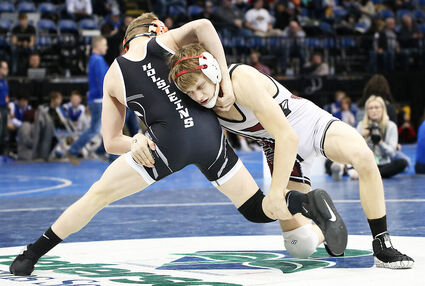 Matthew Duchscherer advanced to the finals match at 126 pounds at the State Class B Wrestling Tournament in Fargo, but ran into New Salem-Almont's Cole Gerhardt. The Holstein wrestler defeated Duchscherer, 7-3, and also got a win over the NR-S product in the dual tourney.

They may not have had the biggest team at the State B Individual Wrestling Tournament, but the ones who showed up for Carrington made quite an impact.

Three Cardinal wrestlers captured state championships, and one other made the finals match in their respective weight classes Thursday and Friday, February 17-18, at the Fargodome.

The tournament marked the end of the legendary careers of seniors...