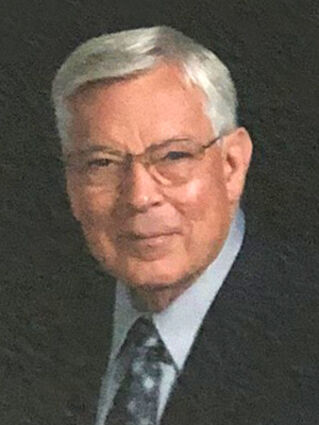 Earl "Duane" Straley, known best as Duane, passed away with his wife Patricia at his bedside, early Sunday morning on November 14, 2021, at the age of 90.

Duane was born on October 20, 1931 in Carrington, North Dakota to Earl and Anne Straley. He graduated from Carrington High School in 1948 at the age of 16, and he married Patricia Allmaras on October 2, 1954. Over the years, Duane worked as a farmer, a welder, a postman, an accountant, a manager, restaurant owner and hotel owner. He and Patty raised four kind, loving, successful children, and he even went to college at the age of 33 with four kids, two full-time jobs and a mortgage, all while getting a degree in accounting in less than four years.

Duane also got his private pilot's license, flying a Beechcraft Musketeer and loved to travel with his wife Patty to places like Alaska, Greece, Italy, England, Jamaica, China, France, Australia, Egypt, and Medjugorje in Bosnia. Duane loved woodworking and tinkering in what was dubbed Grandpa's Workshop, where he would build and fix things around his home and invent ideas to surprise and delight his children and grandchildren. From an electric train that ran around the room at the top of the wall, to a giant 12 foot by 6 foot window box that was four feet deep with a glass front that rose with the push of a private button, to a forest of over 50 artificial Christmas trees that he planted in the land behind his home which he kept lit all year long. Plus, over the years, Duane took it upon himself to document he and his wife's family ancestry taking Patty's family back to Julius Caesar and his own back to Joseph of Arimathea.

Duane's children, grandchildren, friends and colleagues knew Duane as a gentle, patient man, a kind man who would do anything for you and who went out of his way to help a stranger as quickly as he would his own family. Duane was a quiet, thoughtful man who listened to you with interest, pride and delight to learn all he could about you and the things that mattered to you. Duane also had a sharp, dry, witty sense of humor. He always had a joke at the right time and could lighten the mood often times with only a few words. Duane was a wise man who always had a kind word for you and never had a cross word for anyone.

A private Mass of Christian Burial was held at Saint John the Baptist Catholic Church in Savage, Minn.

In lieu of flowers, memorials are preferred and can be sent to: