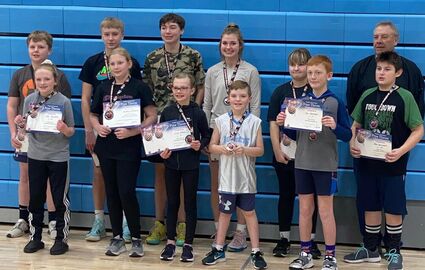 Each contestant was allowed 15 free-throw attempts in the contest. Ties were settled by successive rounds of five free-throws per contestant until a winner emerged. All winners will advance to the District Shoot Off, which will be held in Devils Lake on Sunday, Feb. 20.

There were 37 participants in all. Thanks to everyone who participated.

A special thank you to Father Weber and special helpers: Karla Jacobson, Many Fandrich and Craig Demester. Also a BIG thank you to the New Rockford school for the use of their gym.