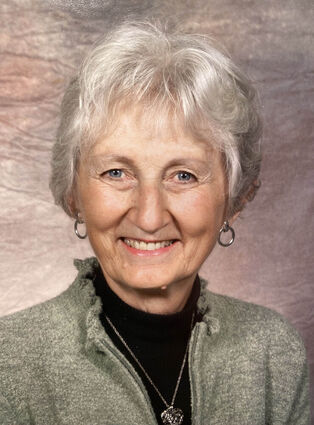 JoAnn O. Brecto was born in New Rockford, N. D., on May 27, 1934 to Darwin and Anna (Milsten) Brecto, the fourth child of eleven children. She grew up on the family's dairy farm located just east of New Rockford and she graduated from New Rockford High School. She later moved to Grand Forks and was employed as a cashier at Norby's Department Store.

On June 3, 1956, JoAnn married Marvin F. Hollatz at the First Lutheran Church in New Rockford. They moved to Carrington and raised seven children there. JoAnn was a member of Trinity Lutheran Church in Carrington, and was employed as the church office secretary from 1976-1986. From 1987-1996, she was a typist/computer operator for Dick Doeling, CPA.

JoAnn was active in her church where she served on the church council, taught Sunday school, and sang in the church choir.