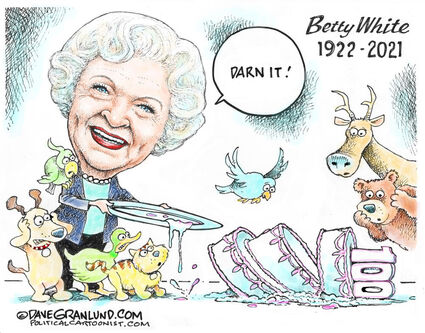 In 1958, in Cooper v. Aaron, the Supreme Court, ensnared in the white-hot cauldron of southern resistance to federal authority, the Supremacy Clause and the abolition of segregation, delivered a massively important decision for the future of American Constitutionalism and the rule of law.

In a case that threatened the very existence of the United States as a nation, the court reiterated its role as "the ultimate interpreter of the Constitution," denounced the doctrine of nullification, affirmed its ruling that segregation in the public schools is unconstitutional, and declared once more the duty of state officials to comply with the Supremacy Clause.

Cooper v. Aaron arose as an exercise in defiance of the Supreme Court's landmark ruling in Brown v. Bd. of Education (1954), invalidating racial segregation in the public schools. The school board in Little Rock, Ark., properly developed a plan for desegregation of Central High School, beginning in September 1957, in compliance with the court's ruling in Brown. But the day before desegregation was to begin, Governor Orval Faubus, acting on the claim that public disturbances were imminent, ordered the Arkansas National Guard to prevent nine Black students from entering the school.

Racial tension in Little Rock persisted. The school board, riddled with internal conflicts, compounded by considerable pressure from office holders, segregationists and others, asked the federal court for a two to two and one-half-year delay in complying with the Brown decision. The court granted the request. The NAACP, on behalf of John Aaron, a Black student prevented from attending Central High, filed suit against William G. Cooper, a member of the Board of Directors of the Little Rock school district.

Cooper v. Aaron represented the first legal test of the court's decision in Brown. Governor Faubus and the Arkansas State Legislature actively promoted a system of racial segregation in public schools, despite the court's ruling in Brown that held segregation unconstitutional, as a violation of the Equal Protection Clause of the 14th Amendment. Arkansas authorities amended the state constitution to declare the Brown decision "unconstitutional," flatly commanded the Arkansas General Assembly to oppose the Brown decision in every manner, and relieved children of any compulsory obligation to attend racially mixed schools. These acts accompanied the school board's petition for postponement, which asserted state authority, "when exerted," to "nullify federal law and permit disobedience" of Brown v. Bd. of Education.

Chief Justice Earl Warren, with considerable assistance from Justice William Brennan, wrote the court's unanimous, 9-0 opinion. The Warren Court rejected, as the Marshall Court had 150 years beforehand, the premise of nullification, which represented a radical alternative to the Supremacy Clause, the principle that the Supreme Court is the final arbiter of constitutional controversies and the entire architecture of the Constitution.

The court affirmed Chief Justice John Marshall's opinion for the court in 1803, in Marbury v. Madison, knitting together foundational principles of American constitutional law. "Article VI of the Constitution, makes the Constitution the 'supreme law of the land,'" Warren wrote. With Marshall's famous observation in Marbury that, "it is emphatically the province and duty of the judicial department to say what the law is," Warren declared, in no uncertain terms, an historic principle of his own. The "federal judiciary is supreme in the exposition of the law of the Constitution, and that principle has ever since been respected by this Court and the country as a permanent and indispensable feature of our constitutional system."

It follows, Chief Justice Warren held, that the court's decision in Brown represented the law of the land, and that every state official - legislative, executive and judicial - is "solemnly committed by oath taken pursuant" to the Supremacy Clause, "to support this Constitution."

Warren proceeded to lay axe to the neck of nullification. He stated: "No state legislator or executive or judicial officer can war against the Constitution without violating his undertaking to support it." And, as a concluding embellishment on the dangers to the nation if nullification were to gain traction, Warren quoted Chief Justice Marshall's own exposure of the pernicious effects of the theory, as set forth in United States v. Peters (1809): If the legislatures of the several states may, at will, annul the judgments of the courts of the United States, and destroy the rights acquired under those judgments, the Constitution itself becomes a solemn mockery."

Cooper v. Aaron laid bare the threat to our nation of the radical premise of nullification. Nullification is not a constitutional doctrine; it never has been and never could be without plundering our constitutional system. Despite several rulings across the centuries from the Supreme Court, in which the justices have eviscerated every fiber of nullification, there remain some untutored advocates of the premise who, from time to time, for reasons of political gain, summon the ghost, indifferent to the grave harm that it inflicts on our nation.

If nullification prevailed, the Supreme Court would be deprived of its authority to enforce civil rights and civil liberties. Every state could render its own version of the meaning of the Constitution, introducing chaos and anarchy, rather than the uniformity of interpretation critically necessary to the stability of the Union. And, of course, states could war against one another. We have witnessed this history, endured its tragic consequences for our country and certainly don't want to repeat it. That's why Cooper v. Aaron is a landmark decision.

Adler is president of The Alturas Institute, created to advance American Democracy through promotion of the Constitution, civic education, equal protection and gender equality.

Send questions about the Constitution to Dr. Adler at [email protected] and he will attempt to answer them in subsequent columns.

This column is provided by the North Dakota Newspaper Association and Humanities North Dakota.