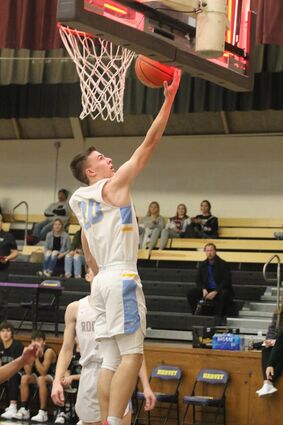 Senior Kaden Jensen attempts to put in one last shot as the buzzer goes off. The referees stated the shot did not count.

The weekend would go on to bring some highs, namely their first win of the season, and some lows, beginning with their opening round match-up with the St. John Woodchucks.

St. John began scoring early and often against NR-S, inflicting much of their damage from...