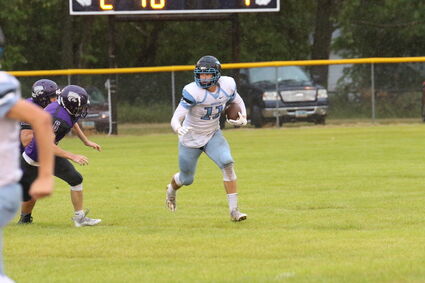 NR-S Senior Nick Berglund was recently named to the Class 9B All-State second team for his outstanding year as a wide receiver/defensive end.

Nick Berglund was the tallest target in the passing game for NR-S, along with one of the Rockets' top edge rushers on defense.

And now, the 6'4", 216-pound wide receiver/defensive end has been recognized with elevation to the highest honor Class 9B can bestow upon he and his peers.

Berglund was named to the Second Team of the North Dakota High School Coaches Association (NDHSCA) Class 9B Al...