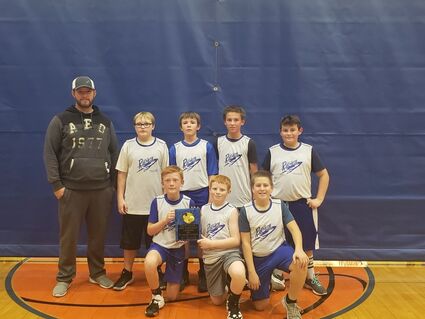 The New Rockford-Sheyenne youth boys basketball fifth and sixth grade teams traveled to For Totten to compete in the Four Winds Jamboree on Saturday, Nov. 6.

The sixth grade team finished in second place after defeating Dunseith Day and Minnewaukan. They lost the championship round to Four Winds.

The fifth grade team brought home a fifth place win, after losing the first game to Leeds, then c...