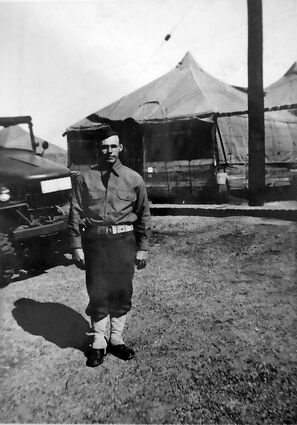 U.S. Army soldier in camp, presumably World War I. Photo part of the Ruth Bengston collection and could be her father, Ed Bengston.

As we move further and further into the 21st century, we also move further away from some of the most impactful events of the century before. Countless books and movies have been made about the two world wars that devastated much of the world in such a short period of time. Still, it is too easy to lose touch with these monumental events. That is why this summer, while cleaning the Stavanger Ch...