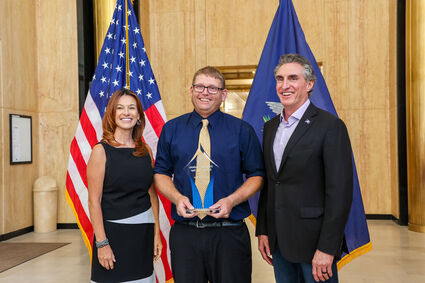 Bret Dockter (center) is congratulated by N.D. Superintendent of Public Instruction Kirsten Baesler and Governor Doug Burgum during a ceremony at the state capitol.

Dockter was one of four finalists for the honor, which is presented each year. They were celebrated Monday at a ceremony in the state capitol's Memorial Hall. The other three...