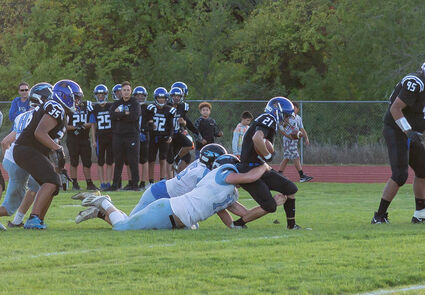 NR-S began shooting themselves in the foot early and often on Friday night. On the Indians' first scoring drive, the Rockets' defense committed a pair of costly mistakes on fourth down, a busted coverage and an offside...