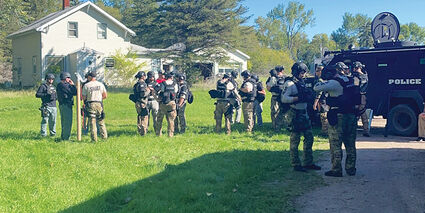 Bomb squad and SWAT team members trained together at this farm north of New Rockford.

For roughly five hours, the two teams worked together to tackle a mock hostage situation, part of their most recent training exercise.

"We were working on hostage rescue operations, so we used explosive breaching to enter the house and the SWAT te...