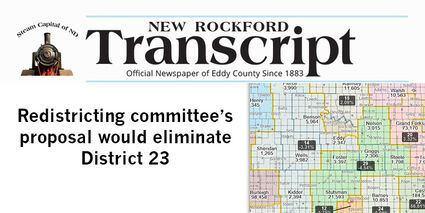 On Thursday, North Dakota's redistricting committee approved its preliminary map of the state's legislative districts for the coming decade, setting up major changes for Eddy County and its legislators.

Since the 2020 census data was released earlier this year, 16 legislators on North Dakota's redistricting committee (14 Republicans and two Democrats) have been hard at work redrawing the state...