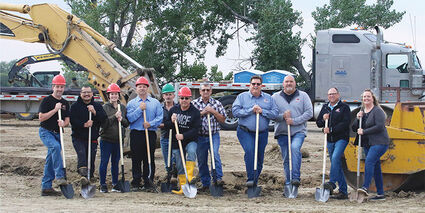 North American Bison, LLC (NAB) is breaking ground and moving forward with a major expansion project that's been four years in the making.

On Thursday, Sept. 16, the entire staff of NAB's New Rockford plant participated in an early morning ceremony to commemorate the beginning of construction.

The plans, which were announced last summer, call for two new additions, one each to the west an...