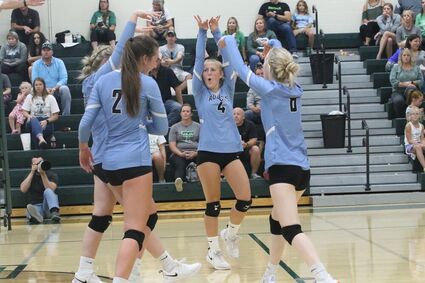 The New Rockford-Sheyenne volleyball team traveled to Thompson to take on the Tommies in their home territory. Knowing the Tommies are ranked third in the state, the Rockets knew this would be a tough season opener.