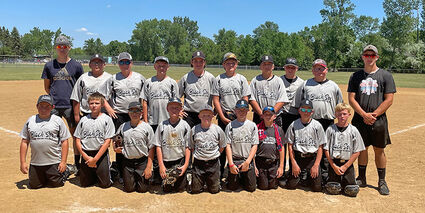 The New Rockford-Sheyenne Cal Ripken team traveled to Carrington on Wednesday, June 30 to compete in a 12u Cal Ripken four team round robin tournament.

The Black Sox firsrt competed against Carrington #2 and took the win with a score of 13-2. Layton Jacobson pitched the first three innings and Ridge Kramlich pitched the last two innings to take the win.

The second match up for the Black Sox w...