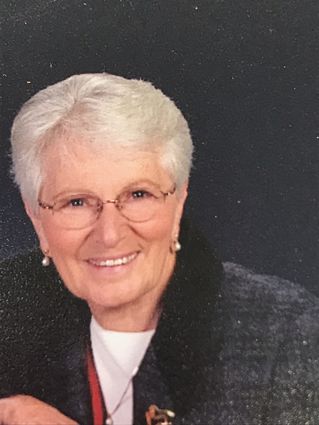 Mary Ellen Lies was born on February 12, 1932, to Lawrence and Martha (Endres) Lies in New Rockford, N.D. She was raised on the family farm in Bremen, N.D., received her nursing degree in Duluth, Minn., and moved to Salem, Ore., where she had a long and distinguished career with the Salem Hospital.

Mary Ellen is survived by her two sisters, Kathryn Ann Lies and Clara Mae Vanzura, her daughter Ann Marie Lang, as well as her step-children, grandchildren, and several nieces and nephews.

Mary Ellen's true legacy was, however, that if you knew her, you loved her. She was a kind, generous and loving soul and she will be missed beyond measure.

Arrangements by Autumn Funerals, Cremation and Burial in Tigard, Ore.