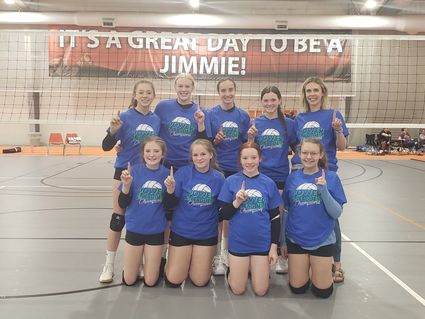 The New Rockford-Sheyenne club volleyball teams finished their season off on Sunday, May 16, in Jamestown at the Power League on the Prairie Tournament. The 14s group took first in their pool and the 16s took second in their pool.