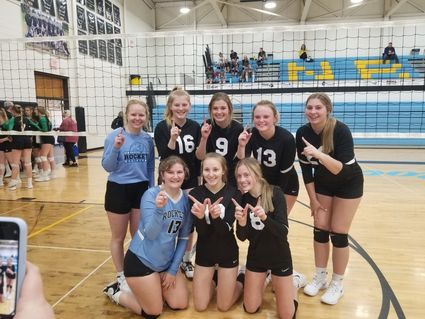 The New Rockford 16s team poses for a picture after their championship win against Minot Power.