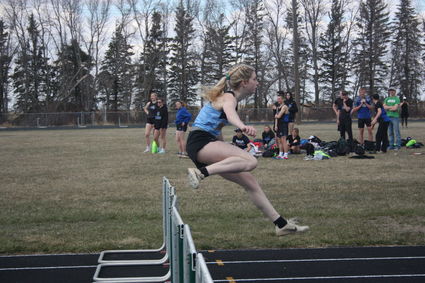 Kelsie Belquist leaps over a hurdle during the 300-meter hurdles at the Lloyd Memorial Invite in Fessenden on Tuesday, April 27.