Habitat: The Key to Your Hunting Season 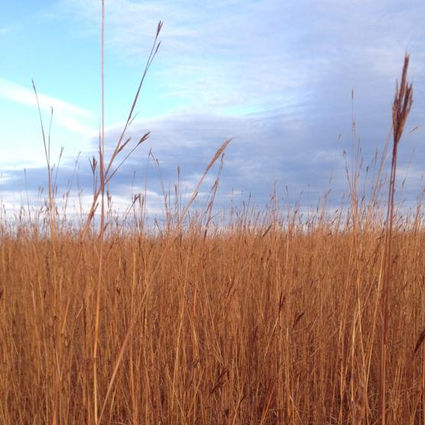 Good Grass. CRP plantings provide cover for wildlife and help sustain huntable populations. Hunters should focus on finding ways to improve habitat, which will help their odds in spring lotteries and in the field each fall.

Each year sportsmen and sportswomen look forward with anticipation to hunting season. Even in spring we wait with hope for the email from Game and Fish notifying that we were drawn for one of the "big three:" once in a lifetime tags for moose, elk, and bighorn sheep. Later we hope

that our number gets called for the deer tag in our favorite unit. For most, that excitement drops when they read "your application was not drawn." It's easy to gripe at Game and Fish when our name in the hat doesn't get drawn, but what are we as hunters doing to increase our draw odds?

The Game and Fish Department uses habitat conditions and scientific surveys to measure trends in game populations. That scientific data establishes the number of animals that can be taken each season while sustaining the population as a whole. Using this information, the

Department sets the season, bag limits, and license restrictions. The critical factor that ensures sustainable populations and open hunting seasons from year to year is adequate habitat for each species. It isn't hard to connect the dots between insufficient habitat conditions, which

result in reduced game populations, which in turn causes limited or poorer odds for hunting opportunities in the state's licensing system.

The habitat for many of our game species has been declining for several years. North Dakota has significantly fewer acres in the Conservation Reserve Program (CRP) than a decade or two ago. Changes in cropping patterns have also reduced traditional, available habitats. Urban sprawl encroaches on areas formerly available as habitat. And while there are federal and state dollars available for use in maintaining and establishing habitat, it is a slow process getting that money into habitat on the ground.

It's not all doom and gloom. In the short term, we will still draw tags (although not as often as we would like) and we'll still find success in the field. In the long term though, we have time to increase the quality of habitat across the state. A little bit of habitat in the right area can have a

large impact. Small acre projects like food plots, native grass plantings, CRP and nesting cover don't break the bank and can be easily implemented across the state with willing landowners, conservation organizations, and our state and federal agencies. The results will be a patchwork of quality habitat across the state, connecting cover for game, and providing better opportunities for sportsmen and women.

Conservationists often bring up the economic value of hunting, fishing and the variety of outdoor recreational opportunities tied to abundant habitat - it's one of my favorite talking points, especially when talking with legislators. The influx of money each fall from our resident and non-resident hunters is important for North Dakota's small-town economies. Our State leadership needs to be strong advocates for programs that keep existing habitat on the land and need to do a better job of promoting the creation of new habitat in support of our hunting traditions. Likewise, hunters need to double down on their conservation activities. Hunters can use either their checkbook or their time, but they need to help put more habitat on the ground. Afterall, habitat is the key that unlocks our hunting seasons!

John Bradley is the Executive Director of the North Dakota Wildlife Federation and a Dakota Edge Outdoors contributing writer.