NR-S back on the track; Belquist sets CNDC record in 400 m 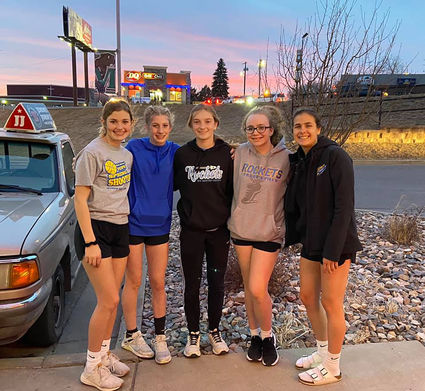 From left to right: Ava Peterson, Kelsie Belquist, Katie Allmaras, Trysta Thumb and Chloe Heinz pose for a photo after the CNDC indoor track meet in Minot on April 1.

The New Rockford-Sheyenne track season took off on Thursday, April 1 after a one year hiatus due to the pandemic. The Rockets traveled to Minot to compete in the CNDC indoor track meet at the Minot State Dome.

The NR-S girls team consists of five individuals. The girls team placed fifth overall with a score of 52.

Freshman Kelsie Belquist started off her track season by hitting a new record a...