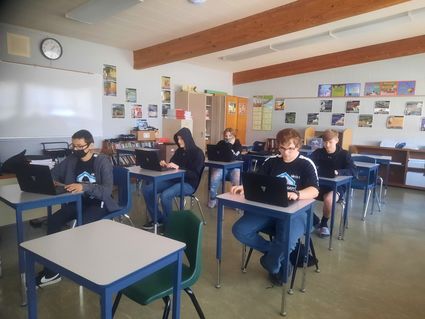 'Controlled Chaos' is shown above during an ESports game on Thursday, March 18.

Thursday is ESports game day! On March 18 New Rockford-Sheyenne took on the 'Spectral Spears' out of Alabama. Alex Harrison, Stephen Merrick and Wyatt Dockter, of team 'Phantoms' crushed them! The first game was 14-0, second 8-0, and the third in the series 15-0. This moves the Phantoms ranking to eighth overall. Go Team! 'Controlled Chaos' did not fair as well, ending with a 0-3 finish. 'The G...