Next up: Region 4 Tournament

Rockets defeat Warriors and Knights, lose to Indians in Championship round 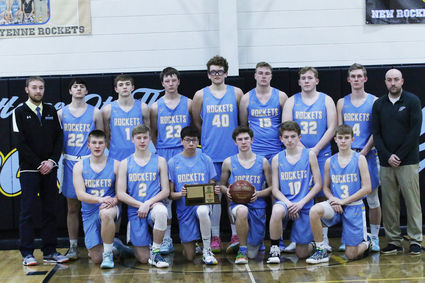 To start off the tournament, the Benson County Wildcats took on the Harvey-Wells County Hornets. The Hornets defeated the Wildcats 60-55. Blayne Anderson held the most points for the Wildcats with 21. Other Wildcats in the double digits were Charles Bisbee with 14 and John Fis...