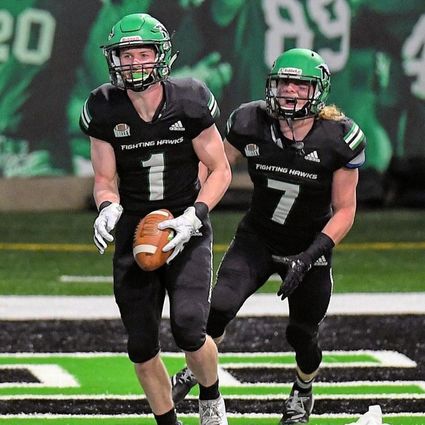 If New Rockford's Bo Belquist goes on to a long and productive career in FCS football with the North Dakota Fighting Hawks, he did it right from the start.

Belquist, a three-time All-State receiver for the NR-S Rockets and the Nine-Man Senior Athlete of the Year in 2019, hit the ground running in the Fighting Hawks' spring football season opener Saturday afternoon, February 20, against the Sout...